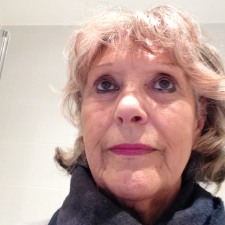 Being yourself can be difficult. Many times a pupil will doubt their own abilities, but an English Tutor should try to help a pupil to gain confidence in their own vision. We are often underestimated. This can begin from an early age and can, in fact, lead a young person into a job that is completely wrong for them.

Being able to say what you think is also hard. The skills of being able to say what you think is a skill that can take years to learn. How do we, as young people, say what we believe, in the work place and the school environment? Is the gifted young person able to be who they really are when they can be so misunderstood? It is our duty as educators to encourage “the difference”. We are scared of those that are not able to conform. Yet look around; it is exactly those who are creative who become the new inventors of tomorrow. They will have had someone who has believed in them and their unusual ways of working. They will only be successful because someone, such as a parent or a special teacher, helped them to believe in their thinking and their talents.

Sir Ken Robinson says as a nation we need to encourage the creative person and the difference. The creative industry has earned the British Economy millions. Who would have thought years ago that musicals would do that?

But it all starts with the young person being helped to believe in who they are and they need to learn how to do that.

Lucienne Sharpe was named an Exemplary Teacher following an Ofsted Inspection of her work at a Performing Arts academy for students with Autism and Multicomplex Difficulties. She has been a Head of Performing Arts and Head of Art. Her favourite subjects are English Language and Literature GCSE AND IGCSE. Be inspired to gain an A star.

She gained BA in ARTS, DIP AD at the famous St Martins Central University of the Arts, London.
Specialising in History of Costume, this has helped with her Drama Teaching.
She gained her PGCE at Sussex University, then went on to gain two post Professional Diplomas at Cambridge University in Child Centred Research
Lucienne has the Advanced Diploma in Counselling and has been a Professional Counsellor for 20 years.
She has been a Training Associate for the Institute of Learning Disabilities, offering courses on Communication through Music and Drama.